We’ve been meaning to write this article a long time now, but wouldn’t dare to do so. 2020 was marked in red in our agendas, our centenary and the time where many projects on which we had been working for years would come into existence. If the truth be told, it is not being the year we expected, neither we nor anyone, but that does not mean that it ceases to be an appointed date for us and the beginning of an era.

Knowing that our centenary was approaching, we took some time for reflection and analysis. The conclusions have been reflected in a new brand strategy and in a revitalization of our visual identity. The first step? Recover the name of the founder of the winery, a logical and necessary step for us.

Then it was time to work out the visual and more visible area of the project, BulldogStudio were responsible for working this part of the process with us. Together with them, it was decided to make a reinterpretation of the Masachs family crest that we found embodied in some of our oldest publications. This shield consisted of a hand (mà in Catalan) and two sacks (sacs in Catalan), the two words that we believe originated the name of Masachs.

With many innovative projects in motion, it was essential for us to be able to communicate a balance between tradition and modernity. For this reason, the shield was reformed so it can transmit by itself both our legacy and the process of change. We had the exact same goal for the selected typography.

Nowadays, the fourth generation of the family has arrived with an open and innovative mindset. It was important for us to communicate this new mentality without breaking with the past. For this reason, we kept the central figure of our previous logo, those 5 dots that represent 5 bottles stacked in horizontal position (known as en rima). Cava being the product that defines us as a company and the one we enjoy the most making.

The new corporate image has not arrived alone, we began the year launching a very special cava for us: La Mítica. We were lucky to be able to present it twice; the first one surrounded by women in the wine business, with whom we enjoyed unique cava and food pairings. A week later, at the Millesime Bio organic wine fair that took place in Montpellier (France). 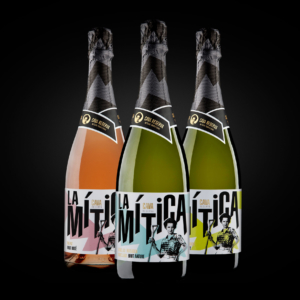 In February we attended the Barcelona Wine Week fair where La Mítica was selected as a part of Fabulous 50 by Women bar consisting of wines made by women. Of course, our position was honorary since in our case the winemaker is our CEO, Alex Ruíz Masachs, but La Mítica is a project created in honor of our grandmother Pepita and many women have taken part throughout the creation process of this range. At this same fair, we relaunched Carolina, a reserva cava created in the 80s what we have changed, both in its profile and packaging.

In September, the Josep Masachs Tradicional, range came into existence, with which we have captured the interest of customers from very different countries thanks to its fresh but mature, intense and elegant character. We will disclose our first two wines by the year end, both D.O Penedès and made under the name Terres. 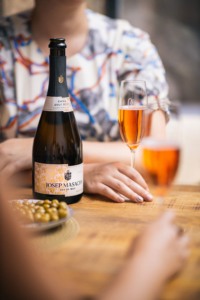 There is no doubt that it has not been the year we expected and that we all are still going to face very complicated months, we regret not having been able to see each other at fairs, or celebrate our anniversary party with all of you. But thanks to your unconditional support and the work of our entire team, we have been able to take a small step in what we hope will be a new stage for our family as a winery.